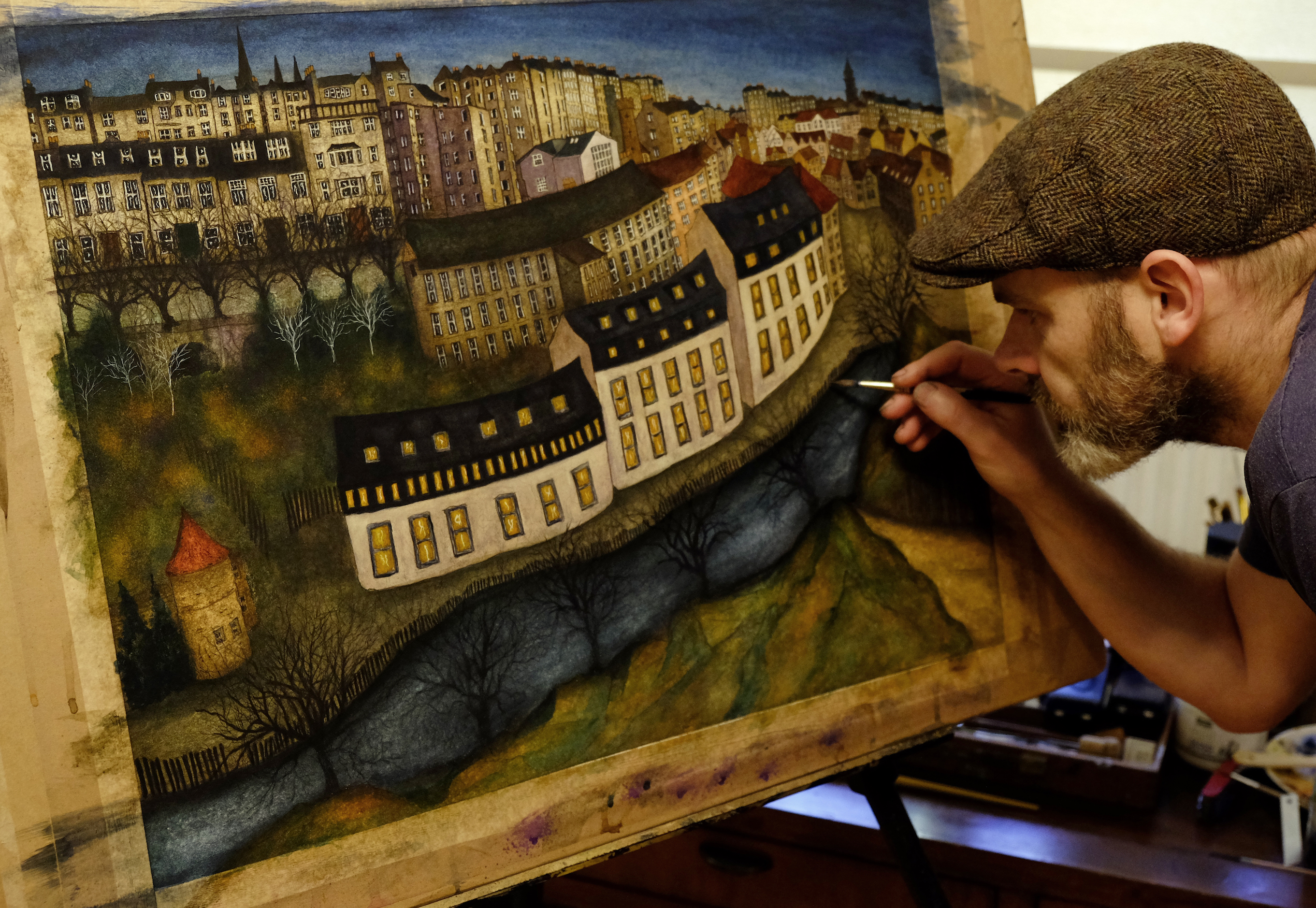 Clive Ramage will be exhibiting more that 50 works of art in a solo ‘pop-up’ exhibition at Edinburgh Ski Club this November.
Works From The Studio is the latest solo show of works by Dunfermline-based painter and printmaker, Clive Ramage. The show will include some of Clive’s atmospheric paintings of lighthouses, along with his popular Edinburgh and East Neuk scenes and a variety of hand-coloured etchings. This will be the biggest collection of Clive’s works to be shown in one place to date.
The self-taught artist originally from Arbroath said:
“I am very excited about the show having put the whole thing together myself. It has been quite a challenge! Not only painting and framing 50 pictures but planning and publicising the event to ensure it’s looks right and is a success. There’s still a lot of work to do with only a week to go, but I’ll get a helping hand with hanging it from my friend and fellow painter Celie. It will be great to see all the work I have created over the past year or so all together in the one space.”
Clive mainly works from his home-based studio in Dunfermline and is also a member of the Fife Dunfermline Printmakers Workshop. He frequently travels around Scotland in his camper van (or mobile studio) seeking inspiration in the country’s wild and remote corners and it’s often dramatic weather. Many of the paintings in this exhibition have been inspired by these trips along with Edinburgh and the villages of Fife’s coast.
Describing his work, Clive says:
“I usually start drawing from a reference sketch done on site, but as soon as I am happy with the general composition I paint purely from imagination. As I work my way through a painting, the colours and atmosphere become the focus for me. The final result is my own emotional response to a place and my attempt to capture it’s unique atmosphere.”
Clive exhibits regularly at the RSA, SSA, RGI and the RSW annual shows. He frequently sells his work with many galleries around Scotland with his prints and paintings hanging in private collections around the world.
Works From The Studio will be open to the public from 11am-5pm daily between Thursday 23rd November – Tuesday 28th at Edinburgh Ski Club, 2 Howe Street EH3 6TD