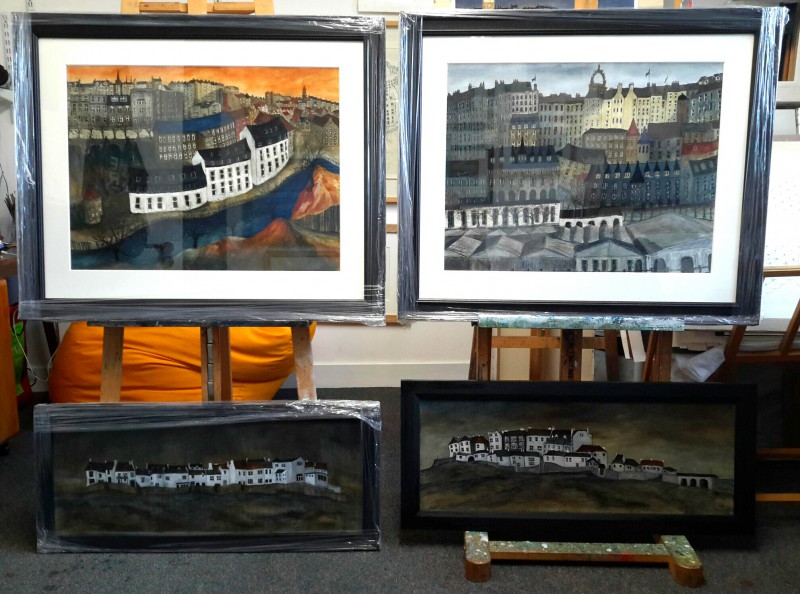 Friday saw these four original paintings heading off to their new home along with a couple of etchings. There’s been quite a steady flow of paintings and prints out of the studio and galleries recently and this was a particularly great start to the weekend! Now I’m concentrating on producing new work for the 6 shows I’ll be taking part in between now and the end of June, including the arTay Festival in Perth in May and 2 charity shows in Edinburgh in support of both Maggies and the St Columbus Hospice in June. There’ll also be a chance to come in and have a look around the studio during Open Studios weekend (27-29th May) at Fire Station Creative.